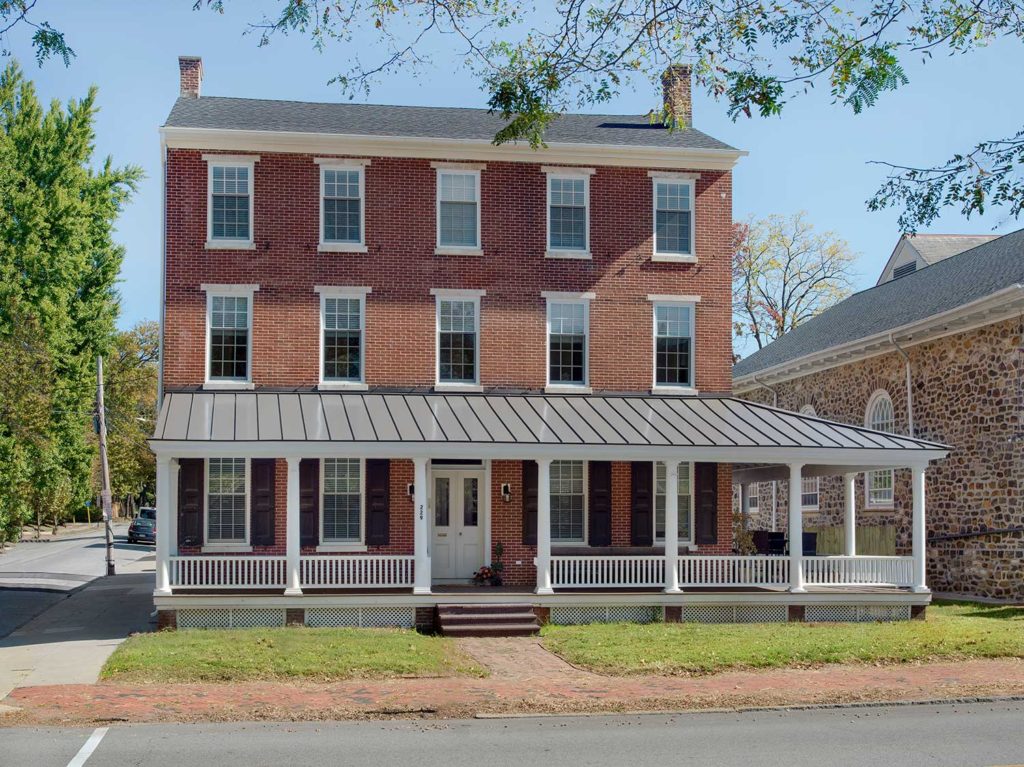 The property at 229 North High Street was likely transformed into its current appearance after the property was purchased in 1914; however, foundation evidence suggests the rear portion of the house dates to an earlier time. Originally a single-family residence, the property was gradually converted into rental space and, over time, fell into a state of disrepair and was eventually condemned. A new owner decided to undertake a significant renovation and restoration project that would increase the livability and longevity of the building. Project scope included a complete interior renovation, building and life safety systems upgrades, and exterior improvements— all completed while still maintaining the historic character of the building, located on a prominent corner of a main thoroughfare in downtown West Chester.

Partnering with Archer & Buchanan on the project was McComsey Builders, Inc. Archer & Buchanan historic preservationist and architectural designer Suzanne Amrich, who led the project, notes, “We are pleased that the Uriah V. Pennypacker House could be brought back from its former state of neglect to a place that blends historic appropriateness with modern day functionality and safety, paving the way for decades of usefulness.” Adds firm partner Michele Thackrah, “It’s an honor to play a role in helping West Chester retain an important piece of its celebrated historic fabric.”